By combining the thermal infrared of the Landsat satellite with the accuracy of the Sentinel-2 satellite, Pixstart’s neural network-based algorithms are able to accurately detect temperatures in cities.

For this first analysis, the choice was made on one of the major metropolises of France, namely Bordeaux. Other cities will be studied subsequently in order to better understand origins of heat concentration in urban areas.

HEAT IS SOMETIMES SWELTERING  IN CITIES

During the XXth century, the temperature in metropolitan France has risen by an average of more than 1°C compared to the previous centuries according to Météo France. But everyone is not in the same situation. Indeed, when you live near green spaces or forests, you immediately realize how lucky you are to be able to go to these places and to find some fresh air.

The heat that is sometimes sweltering in cities is linked to a phenomenon called the urban heat island (UHI). Locally, very high temperatures are observed both during the day and at night. Materials such as stone or tar that have accumulated heat throughout the day continue to radiate during part of the night, limiting your possibility to cool down.

Searching for water in Subsaharan Africa 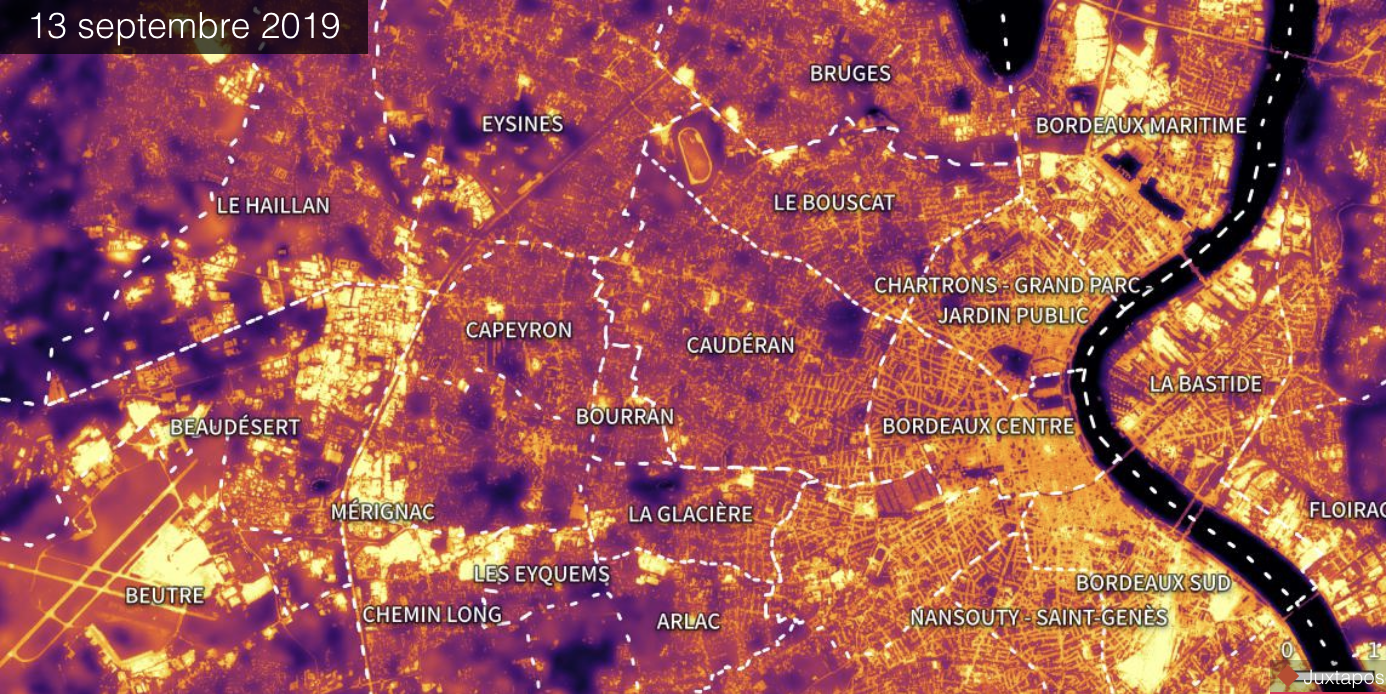 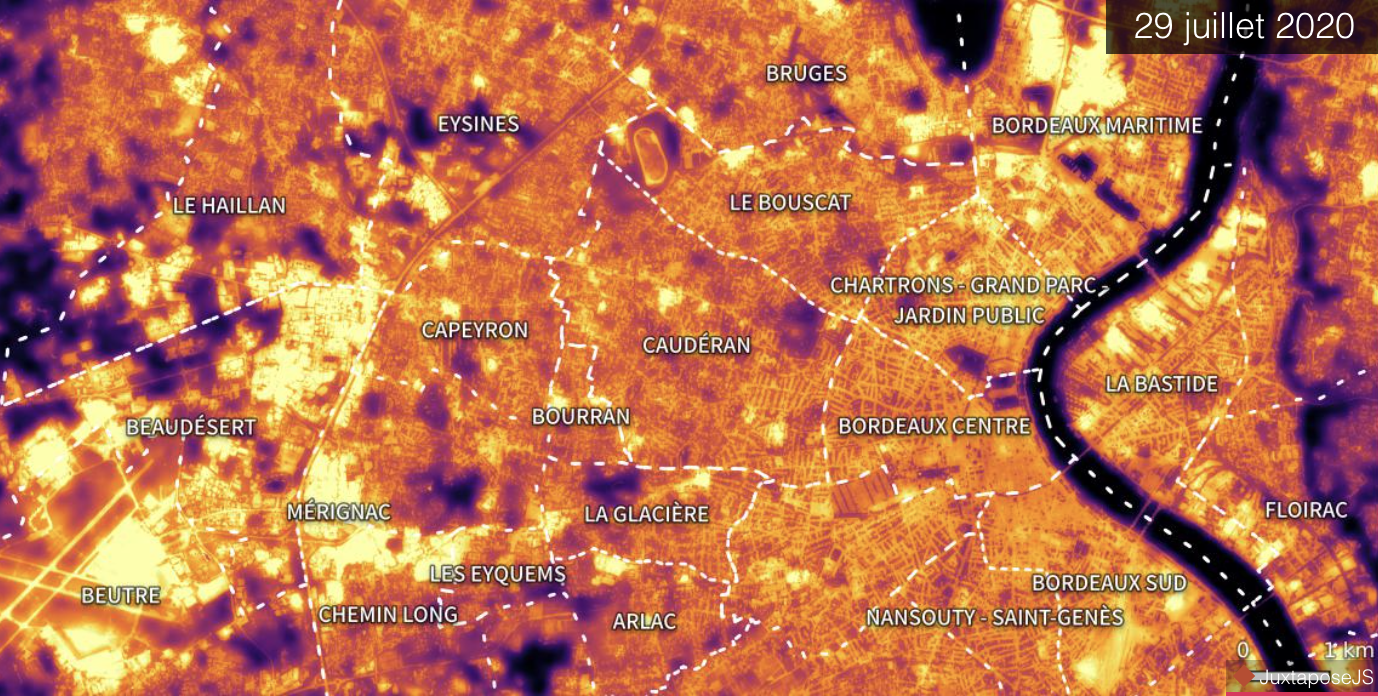 In 2020 in Bordeaux, Météo France indicates that the maximum observed temperature reached 38 °C on July 30 at the Bordeaux-Mérignac weather station. The above temperature map (or thermography) was  recorded by the Landsat satellite on 29/07/2020 one day before this record.

This thermal map have an accuracy of more or less one degree compared to weather stations in France and shows us that the surface temperature actually varies significantly according to the nature of the elements covering the ground. The temperature observed above water and large forests is about 20 °C while it reaches more than 30 °C above the tar.  In order to properly interpret this temperatures map, it is necessary to understand two factors:

Despite their proximity to the Garonne River and their parks, the Bordeaux center historic districts, the Chartrons, and central and southern Bordeaux (railway station) correspond well to the definition of urban heat islands: in the parks, the temperature observed is 22°C but it rises more than 31°C in the heart of the districts.

Because the vegetation is very localized in some places (parks), most streets and squares don’t have any, and thus reach very high temperatures, especially because of the dark tar and the absence of vegetation that could mitigate the effect of albedo. The temperature observed in the neighbourhoods is over 28°C on average as of July 29, 2020 with a record of above 29°C for the Chartrons district.

THE COOLEST DISTRICTS IN THE SUMMER

While walking along the Garonne river is always pleasant, it is nicer to walk down in districts such as Caudéran, the Eysines or Nansouty than in Chartrons, because they are places where the average temperature will be about 1 to 2°C lower (around 2 to 4 °F lower).

The main reason for this temperature difference between districts that are distant of only a few hundred meters is the strong presence of vegetation in most streets but also in private gardens.

Thermography shows us that parks, forests, or water bodies are very pleasant to visit in the summer, but that they are not enough to compensate for the effect of urban heat because their coolness does not diffuse far around them.

OTHER CITIES TO COME

In an upcoming series of articles, Pixstart will produce further temperature maps of French and European cities. The aim will be to identify areas of heat concentration in summer and areas with high heat loss in winter, but also to identify good practices by comparing different solutions of urban planning.

Beyond the analysis of city centers, industrial and commercial zones will be studied, as well as the impact of housing types (historic districts, eco-neighborhoods, residential areas, etc.).